It’s been a long time since I gave myself an assignment, something to shoot for fun and not for a publication. On Saturday, I worked a full day (with the usual overtime at the end for edits) and then decided to go photograph the New Jersey Golden Gloves Championship that night. Those of you who have been keeping up with the blog know that I’ve already photographed two Golden Gloves events; this was the final round of fights in NJ before the winning boxers move onto nationals in Las Vegas.

For the previous Golden Gloves matches, I’ve had to photograph every round and every fighter. Shooting this for myself, I photographed only the match-ups that looked most interesting to me. In between, I was popping back into the locker rooms and backstage area to get some behind-the-scenes images.

It made for a very long day, with what equated to a nine hour shift and then about four hours of boxing at the end of it, but I am so glad I went. It sounds a little odd to say, but it was one of the more relaxing assignments I’ve had in a while. That’s partly because because my deadline was self-imposed, so I didn’t have to frantically edit a large gallery as soon as the event was done. I could also experiment with some shots and work some scenes a little more without having to rush back to the on-going fights.

So, without any further rambling, here’s a few frames from my best boxing tournament yet.

Something unexpected – the first round was a ‘PeeWee’ boxing match. This little champ won his bout against an equally pint-sized boxer. I saw him backstage before the fight and thought – despite the serious headgear and gloves – that maybe he was just here with an older brother or was an aspiring fighter. I didn’t realize he would actually be getting in the ring. 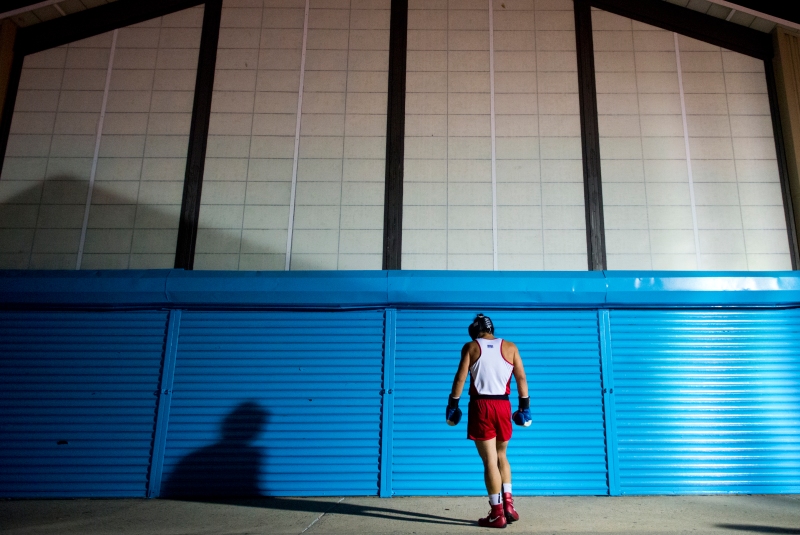 This scene is one I waited for and kept coming back to. There’s a few similar frames, and I’m not sure this is even my favorite yet, but I’ll stick with it for now. 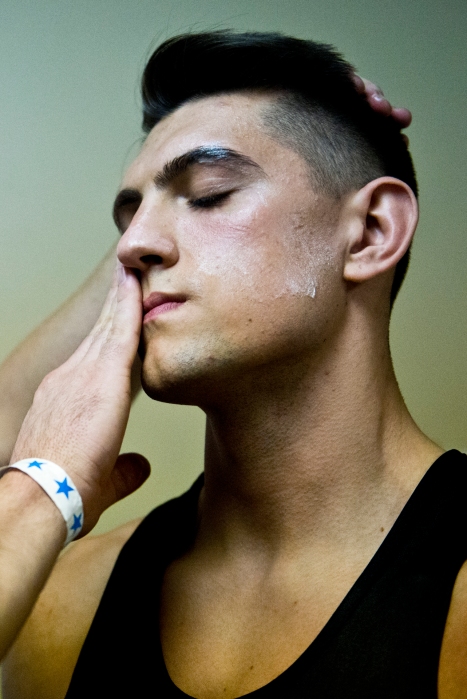 Something a little different for me. My photographer friends from high school will laugh because there was a time when all I wanted to do was shoot verticals, and yet in the last few years all of my images have been horizontal. This is probably the first vertical image I’ve shown in a while, and it wasn’t even originally shot in this orientation.

More hanging out in this courtyard, and then straight into the action. The last few bouts are usually the best fights, so I made sure to capture those.