I’m two weeks into my internship at The Oregonian, and this week has had its challenges.

I started my time at this paper very excited. I finally had the chance to work full-time at photography, without the distractions of school or classwork. I was back in a large newsroom again, and looking forward to the different assignments coming my way.

I photographed the Pride Northwest parade in Portland and was very happy with the images I made. Some of them are standard parade fare, but there were a few moments where I felt I was really seeing in a different way. My style has been developing and improving in the last year, and while I feel I still have a ways to go before I have an identifiable way of seeing, I’m getting there. And this parade helped me see that. The first image below is one of my favorites.

The one above was the stand-out shot to me. The rest felt like much of the same. 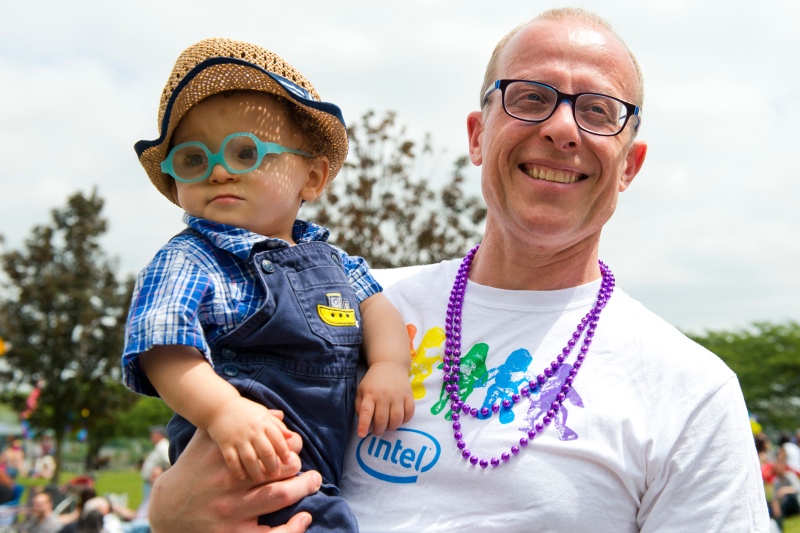 Then, at the end of this week, something changed. I woke up on Thursday to find a cryptic email from the editor of the paper in my work inbox, followed shortly by an odd text from a friend. The Oregonian had announced that they are moving in a new direction, reducing home delivery days to four days a week and forming a new media group. And like many new directions in this business, this one means that people will be losing their jobs. People that I have only worked with for a week and a half were about to find out if they still have a job come August.

As an intern, one of my first reactions was disappointment. It’s not encouraging to look at people in your desired career field and watch them lose their jobs. And then, as the news really began to sink in, I knew it wasn’t about me. It was about those people who had given their lives to the paper, who had been there for 20, 30, even 40 years, and suddenly didn’t have a job. I didn’t know what to say to them, and three days later I still don’t know what to say. Some of the smoke has cleared and I know now (at least in the photo department) who gets to stay and who is out of work. (Recent reports seem to say around 35-45 newsroom staff have been laid off.) But what do you say to people that you’ve worked with for less than two weeks? I don’t know them yet, and by the time I do, it will be August and we will all be leaving. Both of us for a world of unknowns, but at opposite ends of the cycle.

There is, of course, a part of me that is still excited about this job. And I’m lucky to have that. On Sunday, I get to photograph veterans participating in a dragon boat race. Monday, I’ll be visiting a hedgehog with 24,000 Instagram followers. I’ll probably have several more interesting assignments this week. I know that I can’t slow down and I have to work through this. There are lessons to be learned, some of them already well outlined by my fellow intern Brittany Greeson. But there are now more questions than ever in the back of my mind. Hopefully this summer can help me answer them, but two weeks in I’ve only found more things to ask.